Final Jeopardy! logo flashes on the game board's monitors instead of the show's logo. 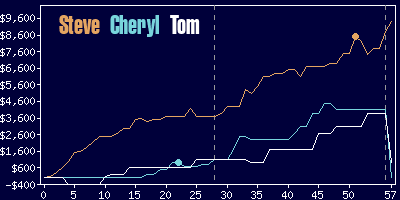