Final Jeopardy! logo flashes on the game board's monitors instead of the show's logo.

Scores at the first commercial break (after clue 14): 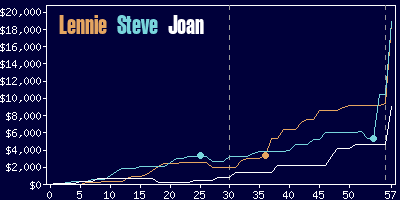