Scores at the first commercial break (after clue 16): 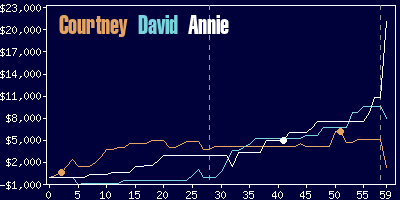